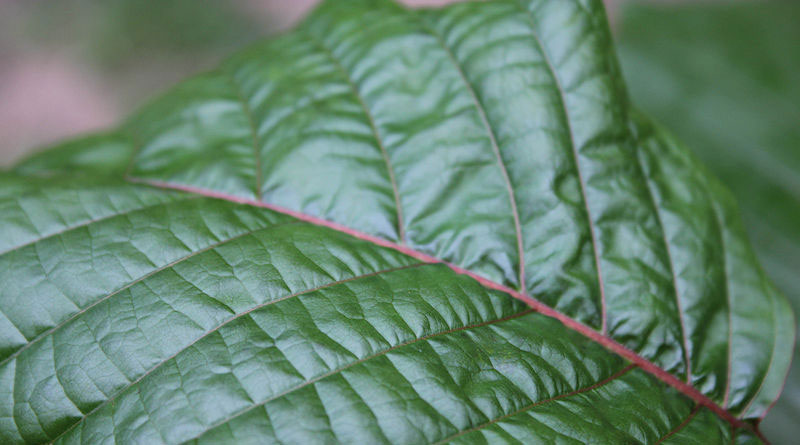 Kratom is a botanical product that has been the target of a lot of controversy over the years. Basically, Kratom is produced from the dried out leaves of a tropical plant, which is native to Southeast Asia, it is most common in countries like Thailand, Malaysia and the Philippines. The Kratom plant is grown throughout the year and is not limited to any season, which is why it is classified as an evergreen plant. The kratom plant belongs to the coffee plant family, and its leaves can be used as both stimulants, and sedatives.

Now, as far as the law is concerned, Kratom is not a controlled substance in the United States, but it has been outlawed in many other countries including Thailand, Malaysia, Australia, and a lot of European countries. Even in the US, Kratom has not been approved by any authority for medical uses, but some private studies and medicinal users of Kratom declare, that it is very effective in treating chronic pain, anxiety, stress, and digestive ailments. Some studies suggest that it can also be used to aid with the withdrawal symptoms for recovering addicts. 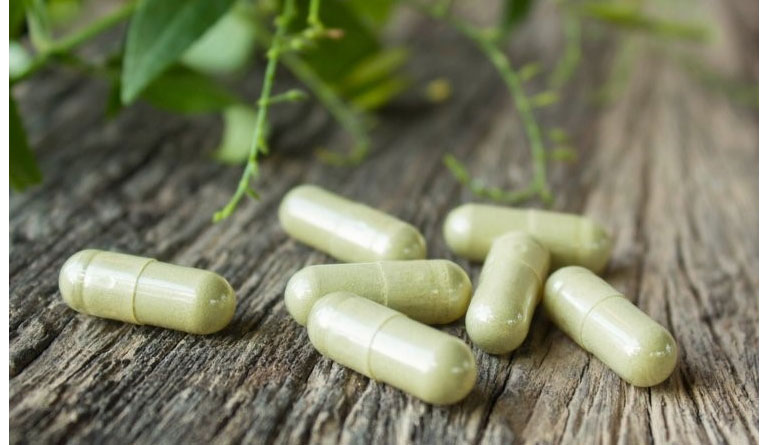 Now, is Kratom a Drug or a medicinal plant? It really depends upon, how it is used. For centuries, Kratom has been used in traditional medicine, but it has also been quite popular as a psychostimulant. Psychostimulants are actually drugs that can affect your mind, and increase your alertness, physical energy, and concentration. Some commonly known psychostimulants are nicotine, caffeine, methamphetamine, and even cocaine.

Though, the effects of Kratom are nowhere near, as severe as some of the mentioned psycho-stimulants, like cocaine, and methamphetamine, and it does not damage your body permanently, it still has been used as a drug for centuries. Farmers and labors in Southeast Asia used to chew kratom leaves or make a tea of the leaves, and drink it to get rid of fatigue, and improve their productivity over long working days.

But in the world of traditional medicine, Kratom has also been used as an analgesic for centuries. Kratom was used for the treatment of chronic pain, and many other ailments like muscle pain, sore throat, and diarrhea. Kratom was used as a medicine for centuries before, but the records of its use, found in Europe can be found back till the early 1800s. In recent years, Kratom has also gained a lot of popularity in United States. In United States, Kratom can be purchased as a dietary supplement or alternative medicine. You can get Kratom from the internet, and at some supplement stores. In Canada, you can buy high-quality Kratom in Winnipeg, and many other places all over Canada.

Now, how does Kratom affect the people who chew, smoke, or swallow it? According to a report published by the European Monitoring Centre for Drugs and Drug Addiction, the stimulating effects of Kratom can be felt within 10 minutes of ingesting a few grams of dried leaf, and the effect may last for about one to one-and-a-half hours.

The effects of Kratom on the brain depend upon the amount of Kratom consumed. For low doses of 1 to 5 grams, Kratom does appear to act mostly as a psychostimulant, but researchers are not exactly sure; why do not they get to be assured? Kratom users say that they feel an increased amount of energy and alertness, when small doses of Kratom are taken. When Kratom is consumed in moderate doses of 5 to 15 grams, it is effective in reducing pain.

There are very contradicting opinions regarding Kratom in United States, right now. Some people claim it to be some sort of miracle drug for pain relief, but others are not so keen about it. The FDA (food and drug administration) reports that Kratom contains elements that act like opioid painkillers, and the effect of Kratom is quite similar to opioids.

Opioids are actually the class of drugs, which are developed from the opium poppy. They bind to special sites in the human brain known as opioid receptors. Once the opioids are attached to the receptors, they send signals that block pain, and have a generally soothing and calming effect on our bodies. Some of the common painkillers belonging to the Opioids class include morphine, methadone, oxycodone, fentanyl, and even illegal drugs, such as heroin.

Actually, the FDA is not completely wrong about Kratom being similar to Opioids. Kratom also works by attaching to the opioid receptors in the brain, and it may have Opioid-like effects as well. According to a survey published online in the journal Drug and Alcohol Dependence, in September 2017, kratom users may be taking Kratom only for its opioid-like effects, and more than two-thirds of all the kratom users are taking Kratom it, as a substitute for nonprescription opioids, or even heroin, while roughly only one-fifth of kratom users reported, using it for relief from chronic pain or disability. Because of these results, the FDA wants to add Kratom to the list of controlled substances bat as of now Kratom is still legal in the US.

There are many reports against Kratom, but no one can claim that Kratom has the same effect on the body, as the previously mentioned opioids. I mean, the effect may be somewhat similar, but it is nowhere near the effect of heroin, or morphine.

Compounds in Kratom do not only bind to the opioid receptors, some compounds may also bind to other receptors in the brain, like serotonin receptors, which show the potential of Kratom to help treat mood disorders, including anxiety, stress, and depression.

Many active users of kratom claim that the botanical product can help ease a variety of health conditions, such as anxiety, depression, PTSD (post-traumatic stress disorder), chronic pain, and even opioid addiction, and withdrawal from it. But the FDA still claims that there is no reliable evidence to support any medical uses of Kratom.

In recent years, many reports have surfaced about harmful side effects of kratom-containing products. In fact, the CDC (Centers for Disease Control and Prevention), reported a significant increase in calls to US poison centers, related to the use of kratom products between 2010, and 2015. According to the CDC, more than one-third of these calls reported the use of Kratom in combination with other substances, including narcotics.

The FDA and CDC also released a list of side effects that may be caused by consuming Kratom. These side effects included Nausea, Itching, Sweating, Dry mouth, Constipation, increased Urination, Loss of appetite, Dehydration, and even Seizures, and Hallucinations. But none of these side effects is actually permanent.

Well, experts do not know for sure for now, but some of the active compounds that are found in Kratom certainly suggest, that the leaves and their extracts could be addictive. The FDA and DEA (Drug Enforcement Administration) believe that Kratom might cause dependence because of its opioid-like properties. They also believe that Kratom can have possible symptoms of withdrawal in its users. They suggest that the users of Kratom can develop a dependence, which means that users who stop taking Kratom can experience symptoms of withdrawal. The physical and mental side effects that occur, when a user stops using an addictive substance are called withdrawal symptoms. According to DEA, the withdrawal symptoms of Kratom may include Muscle aches, Insomnia, Irritability, Hostility, Aggression, Emotional changes, and a Runny nose. 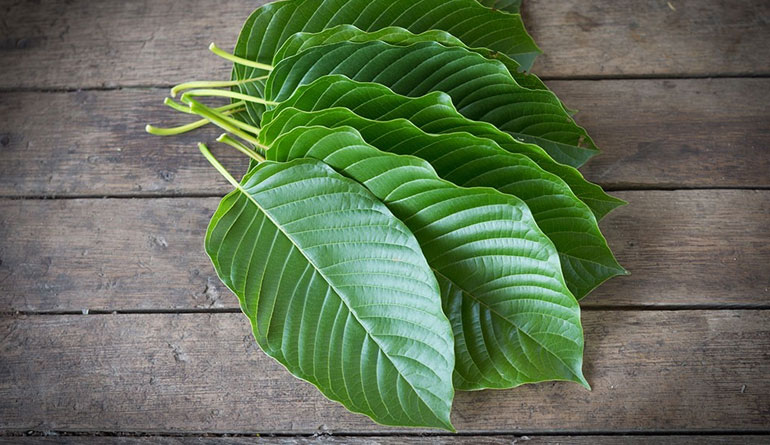 In the light of these effects, the DEA moved to temporarily classifying two of the psychoactive chemicals, that were found in Kratom as Schedule I drugs, but later on, they withdrew this action, accepting that more research was required before the substance was banned. Schedule I drugs are the drugs that the DEA deems to be the most dangerous. Even though, the federal government has not banned the sale and purchase of Kratom yet, but some states including Vermont, Tennessee, and Indiana have banned Kratom locally.

The active users of Kratom, who have gained a lot of health benefits from it claim that, the DEA has misrepresented the potential of kratom as a drug. They claim that the DEA has no solid evidence, that Kratom is as harmful, as they claim. Contrary to the claims of the DEA, the National Institutes of Health declared that Kratom itself does not appear to be associated with any chances of fatal overdose. And the majority of the cases, where Kratom caused problems for the users, it was used in combination with other drugs.

One of the major reasons that the use of opioids is dangerous and illegal is that, these drugs can actually slow down the respiratory system, which leads to accidental deaths, and overdoses, when taken in large amounts. But testing in animals has found that Kratom does not appear to slow breathing, which is why, it is very different from opioids, and has almost no chance of causing an overdose. Still, the FDA has advised consumers to avoid products containing Kratom for the time being, until more research is done.

David Martin is currently a final year student of Neuroscience at California University. He is passionate about writing and takes a keen interest in all things that alter our mental makeup. He regularly writes blogs at https://bestkratomcanada.ca/.

5 Ways to Reduce Anxiety and Stress with Exercise 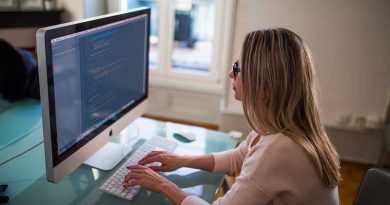 11 Steps to Pick a Blog Niche Like a Boss 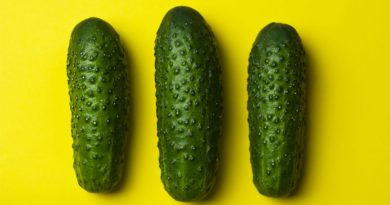 Are Cucumbers Covered In Wax? Danger!